Suri noted, “We believe the core fundamentals remain strong and we expect a continued shift from on-premise or isolated tenancy models (such as those offered by the company’s main competitors) to Veeva’s multitenant cloud offerings. As we have mentioned in earlier notes, the multitenant model is critical from a gross margin, earnings, and cash flow perspective, but also very important when managing development, recruiting talent, and providing customer satisfaction in terms of upgrades and updates.”

The analyst concluded, “Although some investors may be disappointed with the in-line billings results, we point out that the margin expansion and expectations for fiscal 2016 seem very reasonable, even with the current billings backlog. We believe that the stock will be driven over the next 12 months by continued growth in the core CRM offering, new wins in the Network and Vault businesses (especially outside the marketing and sales use-cases), and continued expansion into CRO and other adjacent markets.”

According to TipRanks.com, which measures analysts’ and bloggers’ success rate based on how their calls perform, analyst Bhavan Suri has a total average return of 5.1% and a 61.5% success rate. Suri has a -0.7% average return when recommending VEEV, and is ranked #1140 out of 3385 analysts. 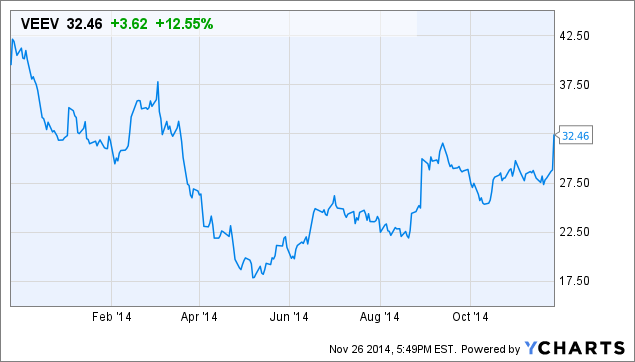