William Blair analyst Brian Weinstein chimed in today on Sequenom, Inc. (NASDAQ:SQNM), following the news that the Supreme Court rejected Sequenom’s appeal of a prior ruling invalidating the company’s U.S. Patent (the “540 Patent”), which claims a “method of detecting paternally inherited nucleic acid of fetal origin performed on the maternal serum or plasma sample from a pregnant female.”

Weinstein commented, “This has no impact on our view of the company as it has been our opinion all along that being able to enforce the ‘540 patent was a bit of a long shot. All of the players are already active in the marketplace so this will not bring on a flood of new competition, and therefore, we do not believe anything really changes for Sequenom or any of the other parties in the market. Still, with the stock down significantly today it seems there may have been some positive sentiment creeping into the stock following support from a number of large companies (Novartis, Eli Lilly, Pfizer, Microsoft, and others) for the case to be heard by the Supreme Court.”

The analyst reiterated a Market Perform rating on shares of Sequenom, without providing a price target.

All the 5 analysts polled by TipRanks rate Sequenom stock a Hold. With a return potential of 77%, the stock’s consensus target price stands at $1.70. 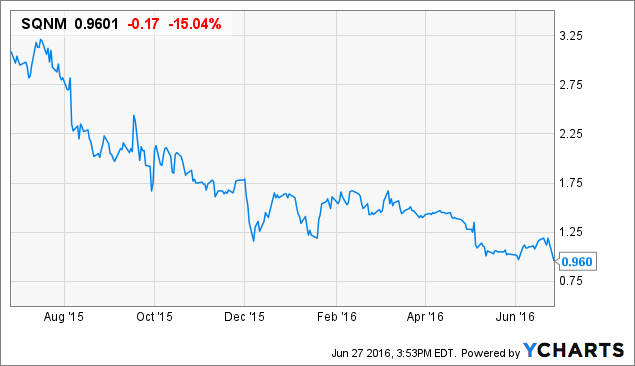