William Blair analyst Nicholas Heymann maintained a Market Perform rating on General Electric (NYSE:GE) with a price target of $28, as the company presented its 2015 outlook at its year-end investor meeting in New York on Tuesday afternoon, December 16.

Heymann observed, “The good news for investors was in the relatively straight forward nature of the changes to the company’s near-term outlook. The less positive news was that the company’s near-term growth prospects have been adversely affected by the recent sharp decline in oil prices since early summer, which have recently progressed at an accelerating pace.”

The analyst added, “The company’s most significant exposure is straight forward to calculate. GE Industrial’s oil and gas business accounts for about 17% of GE Industrial’s sales, and about 25% of oil and gas sales are related to upstream markets, which are now set to be severely curtailed. This translates to about a 4%-5% reduction in GE Industrial’s organic sales growth in 2015, from a previously expected growth of 7%-9% to now closer to growth of 2%-5%.”

According to TipRanks.com, which measures analysts’ and bloggers’ success rate based on how their calls perform, analyst Nicholas Heymann has a total average return of -2.1% and a 40.0% success rate. Heymann is ranked #2461 out of 3413 analysts. 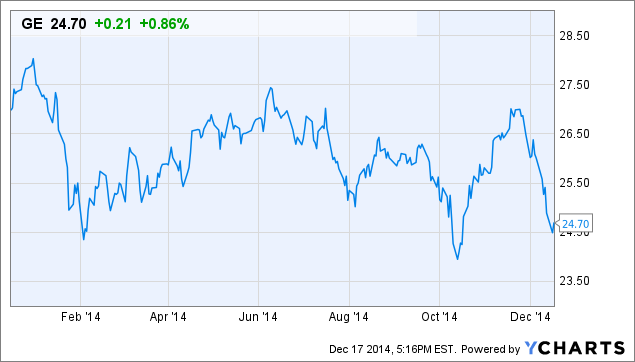