William Blair analyst Brian Weinstein maintained an Outperform rating on Exact Sciences (NASDAQ:EXAS), as the company announced a bought deal for 4 million shares of common stock at a price of $25.75 per share, with the option for the two underwriting banks to purchase an additional 600,000 shares. No price target was provided.

Weinstein observed, “This is yet another offensive raise for the company as it looks to pursue opportunities to accelerate adoption. The terms of intended use listed in the press release include funding the expansion of Cologuard commercialization activities, and we expect to hear more specific details about those efforts at the J.P. Morgan Healthcare Conference in January.”

The analyst added, “We remain strong supporters of this company and this stock and believe that the long-term opportunity for investors is unmatched by any name on our list. However, we caution that near-term performance could be choppy, given what we believe may be aggressive short-term Street estimates and uncertainty about near-term uptake as the company begins the commercialization process.” 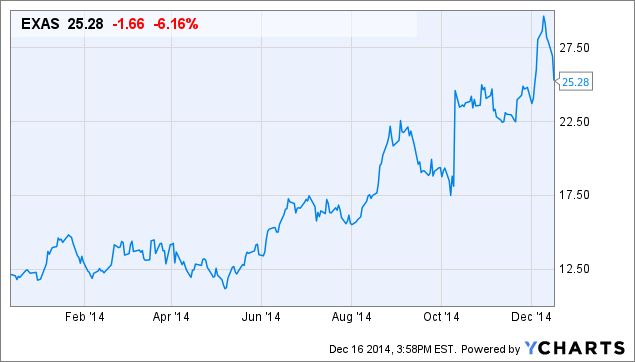