Andersen noted, “We believe the risk was overblown and we remain constructive on TreeHouse shares. Key Points: • We do not believe that Wal-Mart (WMT $75.20; Underperform) transitioned all of its single-serve hot beverage business to Keurig (GMCR $139.61; Outpeform). The business that Keurig appears to have won is for Great Value brand K-cups. TreeHouse has been supplying single-serve hot beverages to Wal-Mart under the Grove Square brand—including cappuccinos, hot chocolates, and ciders—for some time, and we believe this business relationship will continue. It also appears to us that the Grove Square brand is better developed—with more SKUs and varieties—at Wal-Mart than the Great Value offering.”

According to TipRanks.com, which measures analysts’ and bloggers’ success rate based on how their calls perform, analyst Jon Andersen has a total average return of 19.8% and a 62.5% success rate. Andersen is ranked #717 out of 3335 analysts. 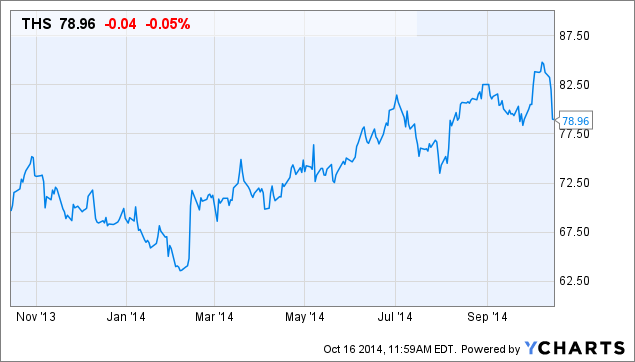