McHugh observed, “We think most people thought, though, that the increased annual guidance was more reflective of the company’s much stronger-than-expected first-half results (McGraw Hill Financial [MHFI $82.90; Outperform] had increased its guidance after the second-quarter results, but Moody’s had not—which is why the consensus was already ahead of the guidance before the investor day) than of the third-quarter performance, partly because some of the external data from Thomson Reuters about issuance activity showed much weaker issuance data than people had projected for Moody’s. Moody’s delivered a better-than- expected third-quarter though. “

According to TipRanks.com, which measures analysts’ and bloggers’ success rate based on how their calls perform, analyst Timothy McHugh has a total average return of 20.8% and a 83.3% success rate. McHugh is ranked #545 out of 3343 analysts. 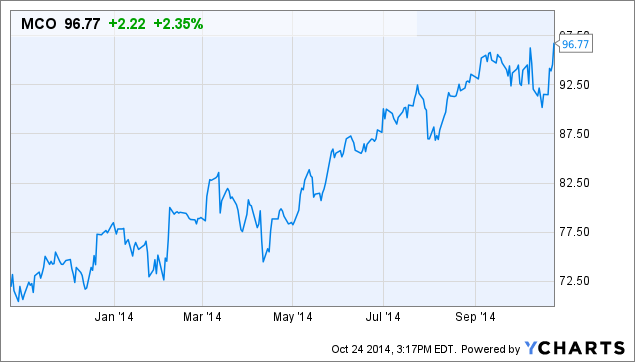 The 10 Best Stocks For Value Investors This Week