BTIG analyst Richard Greenfield came out today with a favorable report on Netflix, Inc. (NASDAQ:NFLX), reiterating a Buy rating and a price target of $600, which implies an upside of 36% from current levels.

In a remarkably confident call, Greenfield noted that Netflix can reach the 100 million global subscriber level by the end of 2017. The analyst reasoned his bullish stance stating, “Continued strong growth in minutes streamed/sub/day both domestically and internationally bode well for lowering churn. The more consumers stream per day, the less likely they are to cancel. Moreover, Accelerating original content rollout has only grown more robust since we last profiled the release schedule in January 2015.”

Furthermore, “Regulators increasingly focused on protecting video companies such as Netflix from ISPs who might favor their own services. Not only has the FCC moved forward with Title II reclassification of broadband, but it appears increasingly likely that the DoJ/FCC will prevent Comcast from increasing their broadband prowess by acquiring Time Warner Cable.” 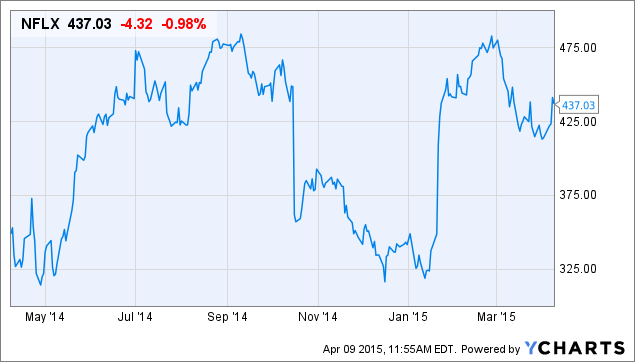