Will Micron Technology, Inc. Get Acquired By Tsinghua Unigroup? Unlikely At This Price Says Needham

Needham analyst Rajvindra Gill weighed in today with his thoughts on Micron Technology, Inc. (NASDAQ:MU), as Tsinghua Unigroup, a subsidiary of the Tsinghua Holding conglomerate, is preparing a $23 billion bid for the U.S. memory chip maker for $21 per share, a 17% premium over the current price.

Gill commented: “At less than 4x EV/EBITDA on our FY17 estimates, the offer price does not reflect MU’s fair value and we think the company would be unlikely to entertain any offer below $35 per share. Furthermore, we foresee regulatory issues posing a risk to the deal given that it would be the largest takeover of a US firm by a Chinese entity.”

However, “We think a possible MU-SNDK merger as a more likely possibility rather than an acquisition by a foreign entity. The Tsinghua group’s reported offer is further evidence of China’s strong desire to build its own semiconductor ecosystem, a trend worth monitoring over the next several years.”

The analyst reiterated a Strong Buy rating on Micron stock with a price target of $40, which implies an upside of 103% from current levels.

According to TipRanks.com, which measures analysts’ and bloggers’ success rate based on how their calls perform, analyst Rajvindra Gill has a total average return of 17.1% and a 58.1% success rate. Gill has a -22.6% average return when recommending MU, and is ranked #96 out of 3702 analysts. 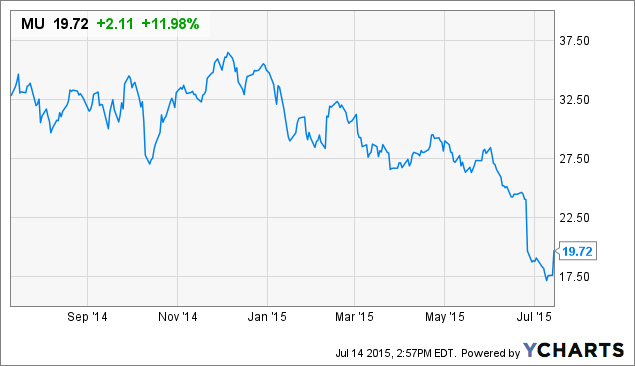