Why Oppenheimer Is Still Cautious On Ocwen Financial Corp

Chittenden noted, “While we knew it was going to look bad based on their prior disclosures (12/22 & 2/5), we would still classify the numbers as terrible (and even that may be generous). By our calculations, the normalized PT earnings in 4Q were negative $9M and the normalized operating cash flows were negative $1M. Thus, even on the company’s own definition of “normal,” they still didn’t make any money. So there was no real clarity on the going concern question, although 4Q earnings did help to put some of the company’s recent actions into context. We are updating our estimates and rolling out a FY16 estimate of $1.00.”

The analyst rates OCN a Perform, without suggesting a price target. Ocwen Financial shares are currently trading at $7.67, down $0.29 or 3.64%.

Out of 7 analysts who cover Ocwen Financial, two gave it a Buy rating, four recommended a Hold whereas only one rated it a Sell. The 12-month consensus target price on the stock is $21.50, showing a return potential of 155% based on the current stock trading price. 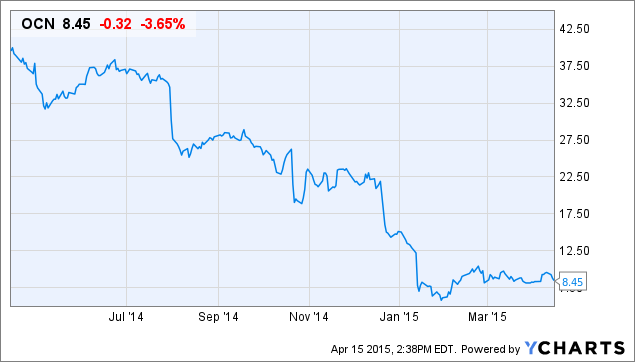