Whiting Petroleum Corp (NYSE:WLL) shares are down almost 20 percent today after the company announced that it plans to issue 35M common shares, with an over-allotment option for an another 5.25M shares. Additionally, the company intends to issue $1.0B in senior convertible notes due in 2020 and $750M in senior notes due 2023.

Subsequently, Canaccord Genuity analyst Stephen Berman came out with his views on WLL following yesterday's news. The analyst reiterated a Buy rating on the stock with a $44 price target, which implies an upside of 47% from current levels.

Berman wrote, "We believe WLL has substantial upside given its sizable ~812K net acre position in the core of the WB. Last year’s acquisition of KOG significantly bolstered its inventory of high-quality WB locations and the company is a leader in adopting enhanced completion techniques in the play. We consider WLL’s Redtail position to be quite good as well. The planned sale of common stock, along with both convertible and non-convertible debt, should help alleviate near-term liquidity concerns, but dilution from the equity and convert issuance should put pressure on the share price in the short term." 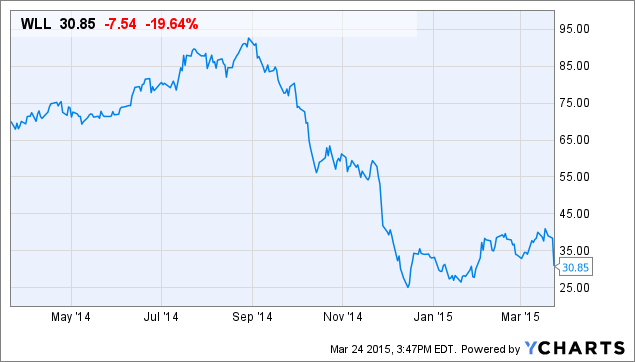