What To Expect From Facebook Inc This Earnings Season: Brean Capital

With Facebook Inc. (NASDAQ:FB) preparing to release second-quarter earnings on July 29, Brean Capital analyst Sarah Hindlian weighed in today with her prediction. The analyst rates Facebook stock a Buy with a price target of $108, which implies an upside of 20% from current levels.

Hindlian expects Facebook to report relatively in-line Q2’15 results, which will be significantly impacted by FX on a reported basis. However, she believes that the underlying core business trends will reflect strength from ramping video and Instagram ads, offset slightly by a downtick in gaming CPM’s. Hindlian noted, “We believe that quarterly results are less relevant than in the past, with most eyes fixed on the future, as Facebook begins to ramp Instagram monetization in earnest late this year and heating up in FY’16, reflecting our long-term bullish view on the stock.”

“Heading into numbers, we are trimming our top-line estimate by ~2% as we remain bullish on the stock long term but are exercising a degree of caution into the print given rising expectations following our O&O Monetization report and FX headwinds. We note that FX will be a ~9% headwind to reported growth in Q2’15.”, Hindlian added.

The analyst concluded, “We expect the following to be key topics for the call: 1) traction with Instagram for early ad partners where we noted a pick-up in brand video ads on Instagram at the end of Q2 and further momentum at the start of Q3; 2) an update on the health of the App Install business; and 3) any expected or early impacts to the business from more stringent cost per clicks.”

Out of the 46 analysts polled by TipRanks, 42 rate Facebook Inc. stock a Buy, 3 rate the stock a Hold and 1 recommends Sell. With a return potential of 5.5%, the stock’s consensus target price stands at $94.71. 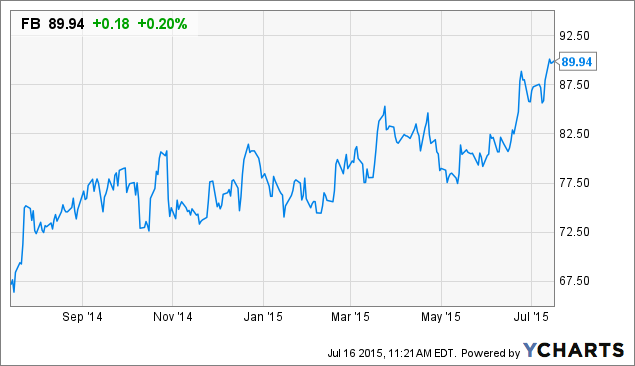