What to Expect from Bitauto Holdings Ltd (ADR) This Earnings Season: Brean Capital

Brean Capital analyst Anne Shih weighed in with his prediction on Bitauto Holdings Ltd (ADR) (NYSE:BITA), ahead of the company’s second-quarter results and business outlook, which will be reported on Tuesday, August 6, after market close. The analyst expect near-term revenue upside, and anticipate greater spending on mobile in 2H.

Shih wrote, “Based on our checks, we believe Bitauto’s strength as a leading auto vertical platform remained steady in 2Q, benefiting from continued secular shifts in advertising wallet share and increased activity by automakers and dealers to spur sales; however, we anticipate continued investments in ecommerce, mobile development, and traffic acquisition, especially given the non-renewal of its Baidu Aladdin mobile contract, to weigh on margins.”

Furthermore, “We are adjusting our model to reflect 1) incrementally stronger revenue growth in the near-term given greater promotional spending by automakers and dealers with the recent auto sales slowdown, 2) slightly moderated revenue growth over the next two years driven by the more cautious overall industry outlook, 3) JD’s (JD $32.92, Buy) investment of approximately $500 million in resources in BITA, resulting in amortization expenses of RMB 150 million each quarter, and 4) greater spending in 2H for mobile investments and traffic acquisition. We maintain our Hold rating going into the quarter.”

Shih reiterated a Hold rating on Bitauto shares, without providing a price target.

According to TipRanks.com, which measures analysts’ and bloggers’ success rate based on how their calls perform, analyst Anne Shih has a total average return of -1.5% and a 52.9% success rate. Shih is ranked #2836 out of 3724 analysts. 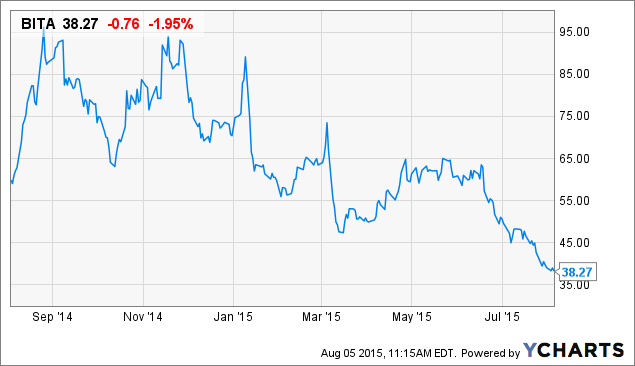