What to Expect Ahead of GoPro Inc’s Second Quarter Earnings: Wedbush

Wedbush analyst Michael Pachter weighed in today with his prediction on GoPro Inc (NASDAQ:GPRO), as the company will report second-quarter results after the market close on Tuesday, July 21, and host a conference call at 2:00pm PT. Murphy expects Q2 upside driven primarily by continued strong demand for the HERO4 devices. She also expects another conservative approach to quarterly guidance. However, she expects initial Q3:15 guidance that exceeds the Street’s expectations.

Furthermore, “The current consensus estimates are for revenue of $399 million (roughly in-line with the high end of Q2 guidance) and EPS of $0.22 (down sequentially). The HERO+ LCD, HERO4 Session, and a new batch of accessories should drive additional sequential growth. If Q2 revenue comes in at the high-end of the guidance range, a sequentially flat Q3 results in rolling six-month growth of only 53%, while a $440 million figure means only 60% rolling six-month growth, still below recent quarters.”

The analyst reiterated an Overweight rating on GoPro Inc stock with a price target of $68, which implies an upside of 24.8% from current levels. According to TipRanks.com, which measures analysts’ and bloggers’ success rate based on how their calls perform, analyst Michael Pachter has a total average return of 0.3% and a 48.2% success rate. Pachter has a -8.9% average return when recommending GPRO, and is ranked #2191 out of 3707 analysts. 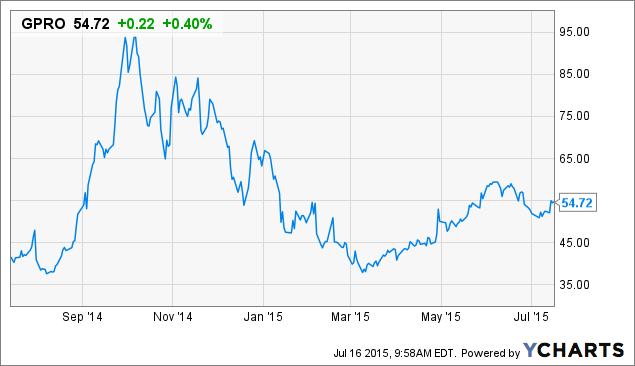