Kotowski noted, “After breaking the 17 consecutive “up” quarterly EPS string last quarter, WFC is back at it, reporting EPS of $1.02, in line with both our and consensus expectations. This is up one penny from last quarter, and while one could quibble that there were $300M of reserve releases (~$0.04 per share), we would note that operating losses were ~ $200M above their average, and mortgage servicing was a bit soft on FMV changes with lower rates. Thus we think the $1.02 fairly reflects the underlying core operating results. We did not change our 2015 estimate and we think the shares are 5-10% undervalued, although we think the Big 3 (BAC, C & JPM) represent better value at this juncture.” 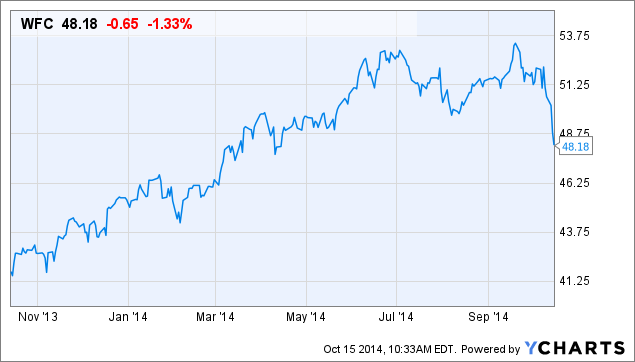