In a research report released Friday, Wedbush analyst Liana Moussatos reiterated an Outperform rating on shares of Xoma Corp (NASDAQ:XOMA), while slashing the price target to $6 (from $11), after partner Servier notified the company of its intention to terminate their agreement and return worldwide rights for gevokizumab to Xoma.

Moussatos noted, “As a result of this, we have removed all Gevokizumab indications except Neutrophilic Dermatoses from our valuation of XOMA. We also adjusted our timeline and other assumptions for the XMet program. Together these changes reduced our PT from $11 to $6.”

In addition, the company announced a development and commercialization agreement with Novartis for Xoma’s anti-TGFβ antibody program. Under the terms of the agreement, XOMA will receive $37 million in the form of an upfront payment and is eligible to receive up to $480 million if all development, regulatory, and commercial milestones are met.

“With an infusion of cash and the recent cut of 30% of its workforc, we project cash runway into 2017, covering the release of data from the pivotal trial of gevokizumab in Pyoderma Gangrenosum and the release of Phase 2 data for Xoma 358 in congenital hyperinsulinism and post-bariatric surgery hyperinsulinism,” Moussatos commented.

Out of the 8 analysts polled by TipRanks, 6 rate XOMA stock a Hold, while 2 rate the stock a Buy. With a return potential of 305%, the stock’s consensus target price stands at $4.25. 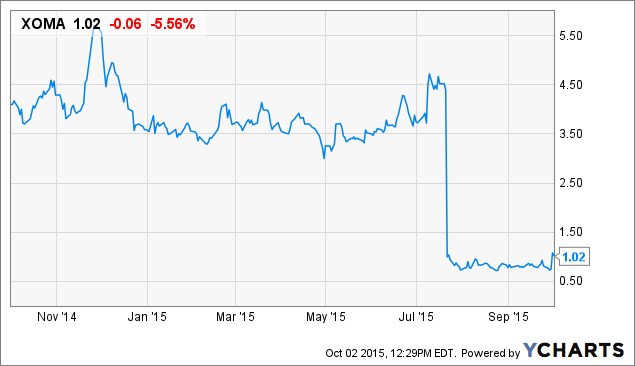