James believes that the ratings were, “In-line with past years the release is a bit messy and misleading on the surface with the website posting data prior to the full data set coming out and a number of plan ID changes that must be mapped to get the true picture. James continued, “We confirmed with management a significant improvement in United’s star ratings with 37% of enrollment now in 4-star plans up from 22% in 2015 and 9% in 2014. The majority of this shift is expected to be driven by 1) the GA retiree account returning after they won the contract back from WLP, the contract this account is slated to go into has a 4-Star rating, and 2) successfully shifting retiree membership from a 3.5 star plan to 4 star. It is our understanding that this shift is automatic via passive enrollment as the company shut down one plan and members shift into the similar but higher rated plan in that market. The company has worked closely with CMS, the state of GA, and employers to ensure a smooth transition.” The analyst added, “We estimate this represents $265M of incremental star bonus payments for United in 2016. We believe the funds will be re-invested into product design to attract more customers as well as used to offset other rate pressures.” 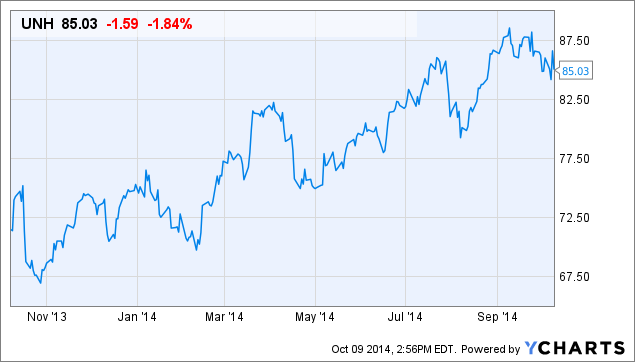