In a research report published Tuesday, Wedbush analyst Liana Moussatos reiterated an Outperform rating on XOMA Corp (NASDAQ:XOMA) with a price target of $17, after the company received FDA orphan drug designation for Xoma 358, its insulin receptor modulating monoclonal antibody, for the treatment of congenital hyperinsulinism (CHI).

“We believe these results suggest XOMA 358 is likely to be effective in treating patients with hyperinsulinism. Xoma has stated that congenital hyperinsulinism is one of the indications it is considering for a Phase 2 study, slated to start before the end of this year. With an estimated U.S. CHI patient population of ~1250 and a cost of $120K, we project peak sales in the U.S. could reach ~ $75MM.”, the analyst added.

Out of the 6 analysts polled by TipRanks, 4 rate Xoma stock a Buy, while 2 rate the stock a Hold. With a return potential of 177.6%, the stock’s consensus target price stands at $10.17. 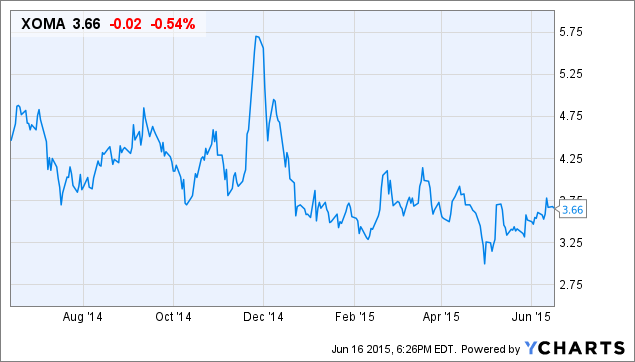