In a research report released yesterday, Wedbush analyst Gil Luria reiterated an Outperform rating on VeriFone (NYSE:PAY) with a $40 price target ahead of the company’s release of its third-quarter results.

Luria wrote, “We believe VeriFone will continue to overcome its legacy issues, sustain mid to high single digit revenue growth and a steep earnings growth trajectory as margins return to trend-line and beyond.” The analyst continued, “We believe Apple will incorporate some level of payment functionality into iPhone 6, and if NFC is part of the new functionality we believe retailers would be encouraged to integrate NFC capabilities into their stores. We see consensus for margin expansion in FY15 as achievable, considering previous trend-line margins and current Ingenico margins. We maintain our higher estimate as they only imply a return to the 2010-11 trend-line and would still be below Ingenico’s current margins.” 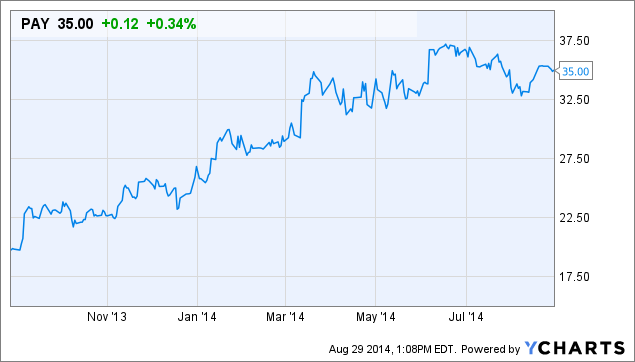