In a research note published today, Wedbush analyst David Nierengarten reiterated an Outperform rating on Pharmacyclics (PCYC), with a $225 price target, following today’s news that PCYC and Janssen received a positive opinion from the CHMP in the EU for Imbruvica to treat relapsed CLL and MCL. Separately, CHMP also issued a positive opinion recommending approval for idelalisib (Zydelig) to treat relapsed CLL (in combination with rituximab) and FL.

Nierengarten noted, “We expect approval by the European Commission for both products at the end of September. Full approval for Imbruvica in CLL/SLL is also expected in the US in the same timeframe (Oct. 7 PDUFA date)”. He continued, “We expect an Imbruvica launch in the EU to occur in Q4:14, and expect Imbruvica to become the best-in-class treatment option for CLL. The approval of Imbruvica in the US without a black box warning demonstrates its safety advantage over idelalisib, and we expect tolerability to be a key issue in CLL considering the elderly patient population and long duration of therapy. In addition to the quality-of-life concerns, Imbruvica therapy is less-expensive (~$8K vs ~$12K per month in the US) and more convenient to administer (oral vs oral+IV) compared to the idelalisib/rituximab combo. We project $258M in sales for Imbruvica in Europe in 2015, rising to a peak of $1.6B in 2024”.

According to TipRanks.com, which measures analysts and bloggers success rate based on how their calls perform, analyst David Nierengarten has a 12.9% average return and a 50% success rate. Nierengarten is ranked #645 out of 3222 analysts. 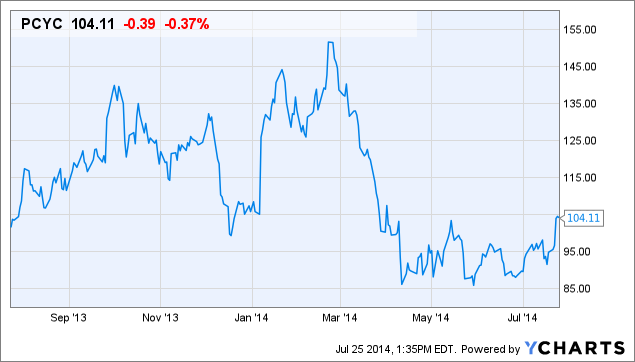