In a research report published yesterday, Wedbush analyst Liana Moussatos reiterated an Outperform rating on Lexicon Pharmaceuticals (LXRX) with a $4 price target following the appointment of Lonnel Coats as the company’s new president and CEO.

Moussatos wrote, “Prior to accepting this position, Mr. Coats served over 18 years at Eisai Inc. in various senior management positions, including president and CEO of the US subsidiary. At Eisai, Mr. Coats managed the commercialization of products in several therapeutic areas, the North American expansion of Eisai’s business, over $5 billion in strategic acquisitions, licensing and partnerships, which included the licensing of Belviq for the treatment of obesity. We believe Mr. Coats’s experience is likely to support the development and commercialization of LX4211 for Type 1 and 2 diabetes and Telotristat etiprate for the treatment of carcinoid syndrome”.

Moussatos continued, “Lexicon Pharmaceuticals has decided to focus on two of its multiple clinical candidates in Phase 2 & 3 development which have shown initial human proof-of-concept efficacy in Phase 2”. The analyst continued, “The company achieved stellar results in Phase 2 for Type 2 diabetes—with and without renal impairment–and plans to move into Phase 3 with a partner in H2 2014”. The analyst went on to say, “The recent positive result for renally-impaired type 2 diabetes differentiates LX4211 from the competition, in our view. If successful in the clinic and with regulatory approvals, we project gross peak worldwide sales of LX4211 could reach blockbuster status. With at least two potential significant drug candidates in mid- to late-stage clinical development and the ability to refill its pipeline with the integration of in-house medicinal chemistry and proprietary gene knockout platforms, we see Lexicon Pharmaceuticals as an attractive acquisition target”.

According to TipRanks.com, analyst Liana Moussatos currently has an average return of 48.1% and a 63% success rate. Moussatos is ranked #27 out of 3182 analysts. 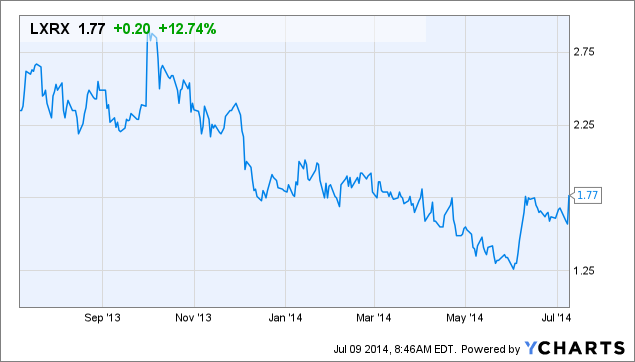