In a research note issued Thursday, Wedbush analyst Liana Moussatos reiterated an Outperform rating on La Jolla Pharmaceutical Co. (LJPC) and a price target of $34.00, which represents a potential upside of 281% from where the stock is currently trading.

Moussatos noted, “Although the company plans to provide an update in July, at this time we expect additional material catalysts in H2 2014 to include release of details from the randomized Phase 2a GCS-100-4002/CKD study at ASN in November followed by initial results from the extension trial around year-end. We believe investors would like to see more details about the two doses of GCS-100. We also anticipate potentially transforming Phase 1/2 results for LJPC-501 in hepatorenal syndrome (HRS) by year-end. We believe this study could be of particular importance because in addition to enrolling Type 2 HRS patients, who have an average life expectancy of about six months, the company is also enrolling Type 1 patients who only live on average of about two weeks. We believe it is possible that LJPC-501 could show a survival benefit—which we believe would likely cause a spike in LJPC’s valuation”.

According to TipRanks, which measures analysts and bloggers success rate based on how their calls perform, analyst Liana Moussatos currently has a one-year average return of 63.2% and a 69% success rate. Moussatos has a -7.7% average profit recommending LJPC, and she is ranked #14 out of 3135 analysts. 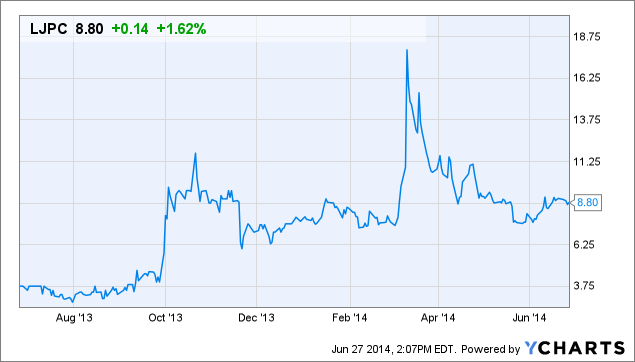