Moussatos said: “Although July 2015 is the estimated study completion date on clinicaltrials.gov, we anticipate potentially transforming preliminary results could be released around year-end or early in 2015. La Jolla has applied for Orphan Drug Designation for LJPC-501.” And continues: “At this time we expect material catalysts in H2 2014 to include release of details from the randomized Phase 2a GCS-100-4002/CKD study at the American Society Nephrology meeting (ASN, Nov 11-16, Philadelphia) followed by initial results from the extension trial around year-end. We believe investors would like to see more details about the two doses of GCS-100.” 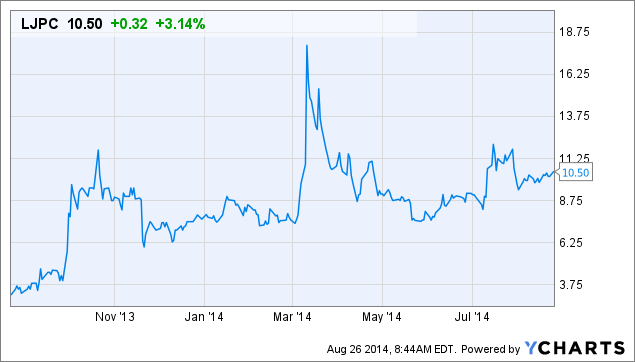