In a research report released yesterday, Wedbush analyst David Nierengarten reiterated an Outperform rating on Bluebird Bio (NASDAQ:BLUE) with a price target of $94, as the company presented data at ASH, which shows that the first four beta-thal patients treated with the company’s LentiGlobin are now transfusion-independent.

Nierengarten wrote, “Although early, we view the SCD data positively and expect this first patient to advance to transfusion-independent status in 2015. Additional enrollment of SCD patients in 2015 should provide further validation of LentiGlobin efficacy in SCD. Enrollment in both the Northstar and HGB-205 studies are expected to complete next year.” 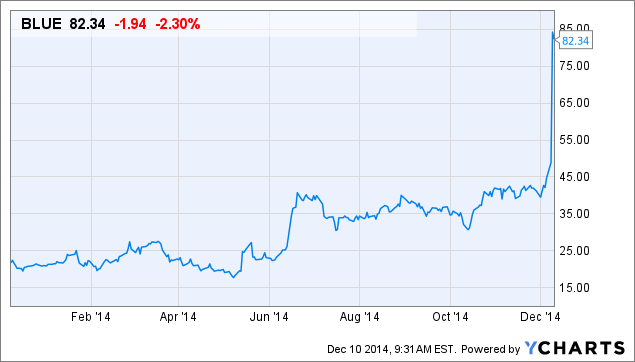