In a research report published Thursday, Wedbush analyst Michael Pachter reiterated an Outperform rating on Activision Blizzard Inc (NASDAQ:ATVI) with a price target of $31, which implies an upside of 54% from current levels.

Pachter wrote, “We continue to believe Activision Blizzard is well positioned for further multiple expansion. Call of Duty sales (packaged goods and DLC) appear positioned for a rebound in Q4 as we fully transition to next-generation consoles, and competition appears much less fierce this holiday; Activision’s Skylanders game and toy sales have reached a cumulative $2 billion, withstood an onslaught from a competitive product, and appear positioned to maintain share this holiday; the number of World of Warcraft subs is increasing earlier than expected; Bungie’s Destiny is well-positioned to be its next $1 billion franchise after a record-breaking launch; and the company is seeing continued margin expansion from digital sales.”

“We value the shares at an above-market multiple of 20x our 2015 EPS estimate of $1.55, reflecting our view of outstanding execution and superior earnings growth.” 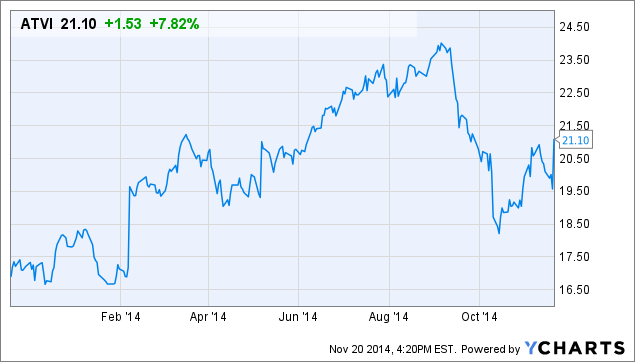