Wedbush Reiterates Outperform On MacroGenics Amid Collaboration With Takeda

In a research report published today, Wedbush analyst David Nierengarten reiterated an Outperform rating on MacroGenics (NADAQ:MGNX) with a $52 price target, following MGNX’s agreement with Takeda to develop and commercialize up to four DARTs.

Nierengarten wrote, “MGNX will receive up to $400M in milestones for each DART and is eligible for double-digit royalties on global net sales. MGNX also retains co-promotion rights in the U.S. for each candidate, and can elect to fund a portion of the Phase III costs in exchange for a share of North American profits.” The analyst continued, “We view Takeda’s decision to enter into another large collaboration with MGNX, less than six months after the MGD010 deal, as further endorsement of the DART technology by industry. MGNX has also entered into DART collaborations with Boehringer Ingelheim, Pfizer, Servier and Gilead. MGNX’s lead DARTs (both partnered with Servier) include MGD006, currently in a Phase I trial in AML, and MGD007, set to enter a Phase I trial in colorectal cancer this half.”

According to TipRanks.com, which measures analysts’ and bloggers’ success rate based on how their calls perform, analyst David Nierengarten has a total average return of 9.7% and a 53.7% success rate. Nierengarten is ranked #625 out of 3326 analysts. 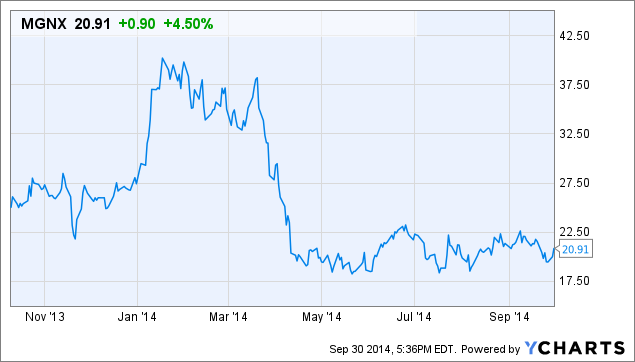 MacroGenics (MGNX) Stock Fires on All Cylinders; Analysts Weigh In