In a research note released today, Wedbush analyst David M. Nierengarten reiterated an Outperform rating on Endocyte (NASDAQ:ECYT) with a $26 price target, following the company’s update on its data from the Phase IIb TARGET study which showed that the vintafolide/docetaxel combo improved OS in lung cancer patients compared to docetaxel alone by 12% (p=0.2874, one-sided test).

Nierengarten wrote, “While not statistically significant, the results were more robust in the pre-specified subset of patients with adenocarcinoma (the most common form of NSCLC), with the combo producing a 30% reduction in risk of death (p=0.1018) compared to docetaxel alone (see Fig. 1). A stratified analysis that adjusts for the pre-defined patient characteristics in the study (time since last chemotherapy, best response to last chemo and disease stage) shows that the risk of death with the combo was reduced by 25% in all patients (p=0.1066) and 49% in the adenocarcinoma group (p=0.0147) vs. docetaxel alone. Median OS was 12.5 months in the combo arm, almost double the 6.6 months in the docetaxel-only arm. The OS data is about 78% mature, with fully mature survival data expected to be available in early 2015.”

The analyst continued, “The results also show the potential value of the EC1456 follow-on agent. EC1456 is a folate-targeted SMDC coupled to the more potent tubulysin warhead currently in a Phase I study in patients with solid tumors. The study is now evaluating a 1.5 mg/m2 dose in patients in the third cohort of the trial, which is a similar level to where vintafolide was dosed in the TARGET study. Data is expected next year and assuming robust single-agent activity is seen, EC1456 could potentially advance directly into Phase III testing, including possibly in a joint study vs. vintafolide and docetaxel.”

According to TipRanks.com, which measures analysts’ and bloggers’ success rate based on how their calls perform, analyst David Nierengarten has a total average return of 9.6% and a 53.7% success rate. Nierengarten is ranked #631 out of 3324 analysts. 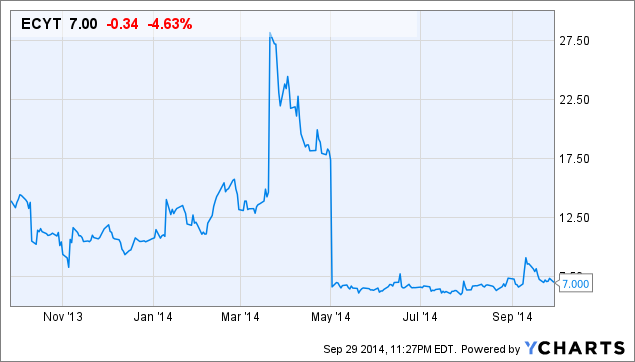