In a research note issued today, Wedbush analyst Steven Koenig maintained coverage with a “Neutral” rating on Oracle Corporation (ORCL) and a price target of $40.00 a share.

The analyst wrote, “Although ORCL’s results have been fairly lackluster since 2H13, its stock has been a reasonably good defensive holding, especially during the March-April rotation out of software growth stocks. At current levels, we see ORCL as fairly valued, with upside and downside risks roughly balanced”.

According to TipRanks, which measures analysts and bloggers success rate based on how their calls perform, analyst Steven Koenig, who covers ORCL, currently has a one-year average return of 9.9% and a 65% success rate. He is ranked #855 out of 3112 analysts. 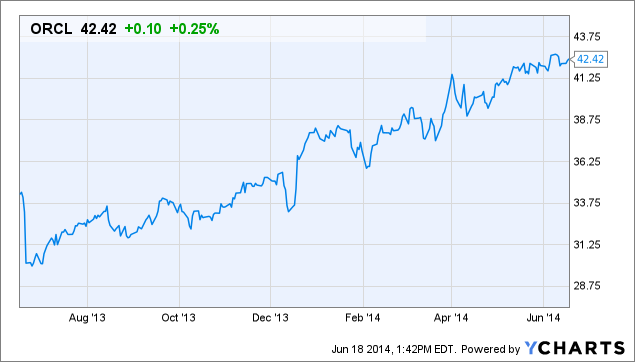