Intel Corp. (INTC) issued a press release on Wednesday announcing it has signed a definitive agreement to acquire LSI’s Axxia Networking Business and related assets from Avago Technologies (AVGO) for $650MM in cash. The transaction is expected to close in Q4 subject to government approvals and customary closing conditions.

In reaction to the acquisition, Wedbush analyst Betsy Van Hees today reiterated a Neutral rating on INTC, with a $34 price target.

The analyst commented: “Given INTC’s vast size, we view the acquisition largely as a tuck-in and a complement for its own network processor business.While we think INTC’s buyback will continue to bea nice floor to the stock, we believe for INTC to outperform the group from here that we will need to see consumer PC demand resume in Q3/Q4 and a clear path to profitability for MCG.”. 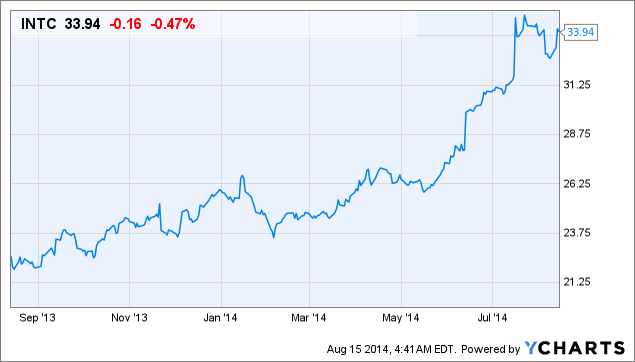