In a research note issued today, Wedbush reiterated coverage with a “Buy” rating on Smith & Wesson (SWHC), and a price target of $20.00 a share.

According to Wedbush analyst Rommel Dionisio, shares of SWHC have generally traded in line with its peer group at 6x-9x EBITDA, not at a 20-30% relative discount the stock has seen the past 1 ½ years during the demand boom/bust cycle. Should the firearms industry soon normalize as he expects, shares of SWHC will similarly return to its historical norm of trading in line with the peer average. “With difficult industry comps now largely behind the company and with market share gains for S&W throughout the downturn, we expect solid Q4 results”, said Dionisio.

According to TipRanks, which measures analysts and bloggers success rate based on how their calls perform, analyst Rommel Dionisio, who covers SWHC, has a one-year average return of 13% and a 58% success rate. 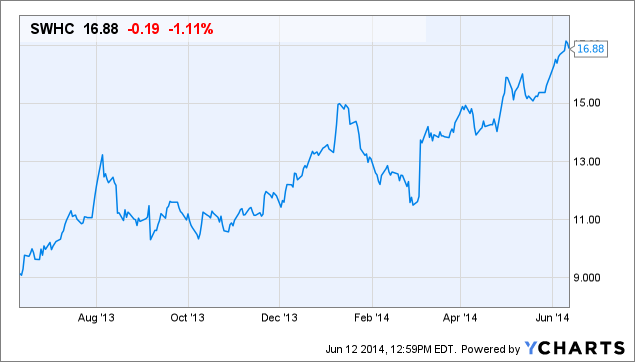