“We believe the stock is under pressure today due to three reasons 1) the loss of a world-class CEO who has been instrumental to the company’s outperformance since he took over, 2) investors are reading into his departure as a sign that perhaps growth prospects aren’t what they used to be, and 3) with his retirement a year away and his successor being searched for, his departure makes it much less likely that DG will acquire FDO, which reduces some of the valuation premium”. However, “Despite the sooner-than-expected nature of the announcement, we are confident that Dreiling and the Board will select a worthy successor, and we note that company culture is strong. At 60 years of age, and with the company enjoying a long run of best-in-class growth, we would have expected Dreiling, who is also Chairman of the Board, to remain long enough to develop a more concrete management succession plan. However, we view Dollar General as a best-in-class retail chain in the discount/dollar store sector, and remain confident that the company will continue to stay ahead of the curve with respect to merchandising and execution”.

According to TipRanks, which measures analysts and bloggers success rate based on how their calls perform, analyst Joan Storms currently has a one-year average return of 5.1% and a 63% success rate. Storms has a 16% average profit recommending DG, and he is ranked #1015 out of 3135 analysts. 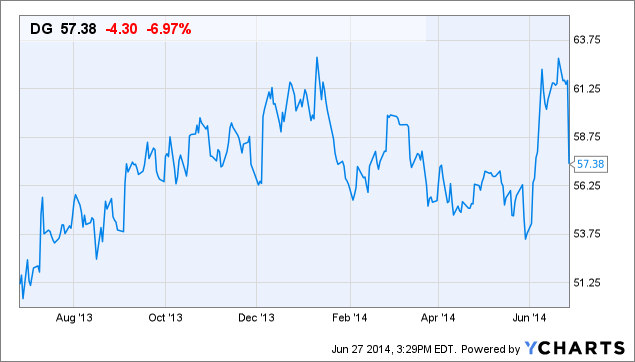