Dix wrote, “At TWX’s investor events in New York on Tuesday and Wednesday, we saw the upside in the guide at Warner Bros. and HBO’s OTT announcement as affirming two key parts of our thesis when we upgraded the shares at the beginning of last year: 1) profit growth on margin lift at the studio, and 2) increased valuation of HBO.” The analyst added, “When we reiterated our positive stance on TWX in the spring, specifically in our Eye on Television report dated 3/20/14, we stressed “the potential for higher earnings growth and valuation at HBO,” and today’s announcement that HBO will launch an OTT service in the U.S. in 2015 was clear driver of TWX shares. HBO Go views are up 40% y/y. HBO will support the launch with its first brand marketing campaign in 20 years, targeting 10-15m “persuadable” homes (4.5m of the 10m broadband-only homes already subscribe to a streaming service). Stay tuned on MVPD reactions, as HBO reveals more details in coming months about the go-to-market strategy. We see this first step to broader DTC more as a prod to MVPDs (who vary from 14% to 42% in U.S. HBO penetration) than a poke at NFLX.”

According to TipRanks.com, which measures analysts’ and bloggers’ success rate based on how their calls perform, analyst James Dix has a total average return of -0.2% and a 70.4% success rate. Dix has an 18.7% average return when recommending TWX, and is ranked #2226 out of 3352 analysts. 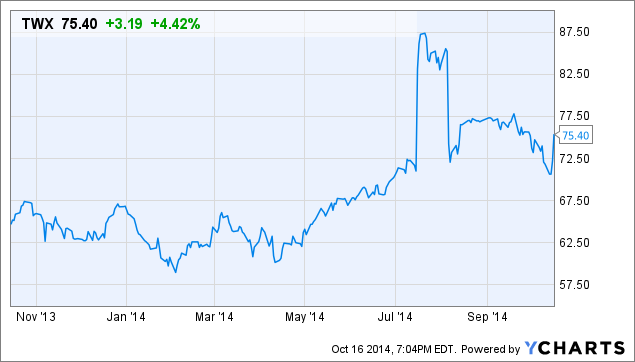