In a research note published yesterday, Wedbush analyst David Nierengarten reaffirmed an Outperform rating on Anacor Pharmaceuticals (NASDAQ:ANAC) with a $35 price target, following ANAC’s announcement that its partner Sandoz has launched Kerydin in the US today.

Nierengarten wrote, “Under the licensing deal for Kerydin, ANAC is eligible to receive half the profits from Kerydin sales (including a minimum of $45M in 2016 onwards) while Sandoz is responsible for all costs related to commercialization. Although the deal calls for a $50M gross profit hurdle in 2015 before ANAC can collect, the company will be receiving a $25M milestone payment in Jan 2015. We are forecasting $1.5M in Kerydin sales this year, jumping to $24M in 2015 and $100M in 2016. We expect ANAC to become profitable in 2017, largely driven by $229M in Kerydin sales expected that year.” 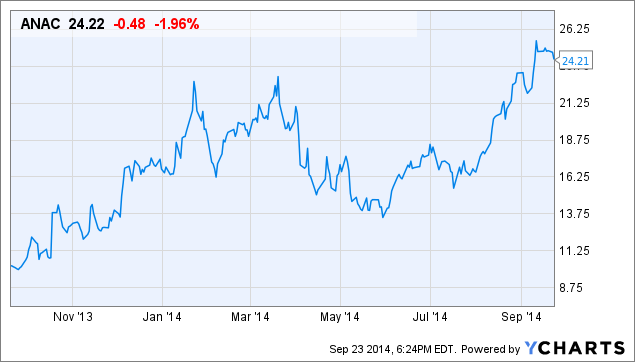