In a research report published yesterday, Wedbush analyst David Rose reaffirmed a Neutral rating on Nuverra Environmental Solutions (NYSE: NES) and cuts his price target to $11 (from $14), following the announcement that VeroLube is to reduce its total purchase price to $145 million from $175 million for TFI, causing a delay to the sale.

Rose noted, “The revised offer potentially includes a larger component of equity, with the revised closing date pushed out to September 30. Although VeroLube stated that it could finalize the equity component of its capital raise in next several weeks, we believe Nuverra now is likely to go back to the backup offers once the exclusivity period with VeroLube ends on August 29. As a result, we are reducing our expected sale price for TFI to $125 million and now expect this sale to occur in Q4.”

Rose added, “In addition to the TFI announcement, the company also provided an interim update to the third quarter results. Based on increased activity in its core Shale Solutions segment, particularly in the Bakken area, the July sales increased more than 10% relative to the average monthly revenue in Q2. While the trend is encouraging, we had forecasted a more aggressive ramp and are taking a more conservative view.”

According to TipRanks.com, which measures analysts’ and bloggers’ success rate based on how their calls perform, analyst David Rose has a total average return of -30.5% and a 72.2% success rate. Rose is ranked #3234 out of 3261 analysts. 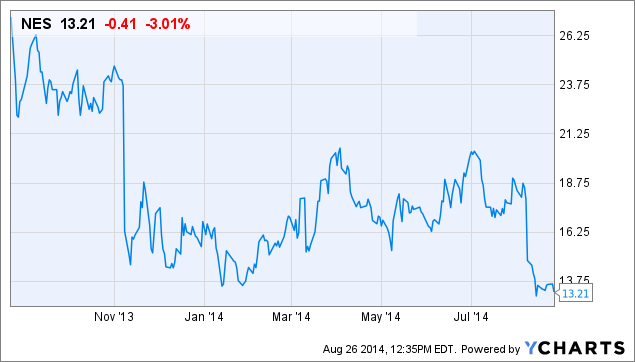