In a research note issued today, Wedbush analyst Liana Moussatos (TipRanks #1) reiterated an Outperform rating on Pacira (NASDAQ:PCRX) and slightly raised her price target to $123 (from $119), which represents a potential upside of 35% from where the stock is currently trading.

Moussatos noted, “Pacira preannounced Q4:14 EXPAREL sales of $59.0MM (+18% Q/Q) slightly beat our/consensus estimate of $58.9/$58.2MM. With double-digit Q/Q growth, it is apparent to us that the FDA warning letter issued in late September has not significantly impacted the growth of EXPAREL sales.” 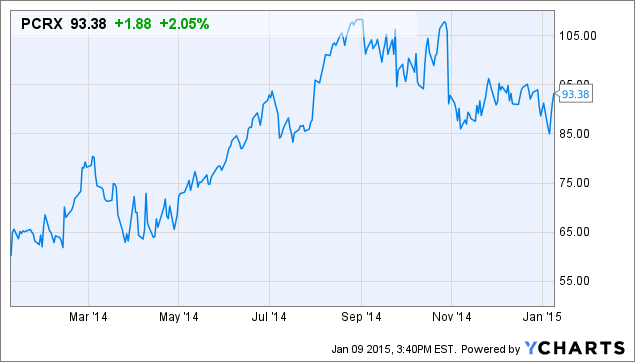