Wedbush analyst Heather Behanna maintained a Neutral rating on Cubist Pharmaceuticals (NASDAQ:CBST) and raised his price target to $102 (from $70), following the news that Merck will acquire Cubist for $102/share.

Behanna noted, “We see this as a good deal for Cubist and one likely to go through. Merck has the global infrastructure in place to leverage Cubist’s pipeline; we were on the sidelines for Cubist as we believed the cost of globalization of the company would not be compensated for in the near term by revenue for Cubist’s new assets.”

The analyst added, “The key risk to our price target is that the proposed acquisition of Cubist by Merck is not completed.”

According to TipRanks.com, which measures analysts’ and bloggers’ success rate based on how their calls perform, analyst Heather Behanna has a total average return of 3.6% and a 50.0% success rate. Behanna is ranked #2105 out of 3401 analysts. 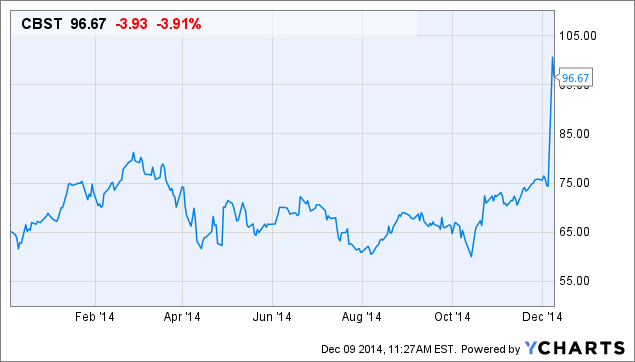