In a research report released today, Wedbush analyst Liana Moussatos maintained an Outperform rating on shares of Omeros Corporation (NASDAQ:OMER) with a price target of $61, following the news that the company plans to file a patent infringement lawsuit against Par Pharmaceutical, in response to Par’s ANDA to market a generic version of Omidria, Omeros’s FDA-approved product for use in cataract surgery and lens replacement procedures to maintain mydriasis, prevent miosis, and to reduce postoperative eye pain.

Moussatos wrote, “In the FDA Orange Book listed patents covering Omidria, the first expiration is May 30, 2017 for the original application. Given it is early for a generic filing, we presume Par’s application would have to invalidate the relevant patents for Omidria which is a high hurdle and we believe is unlikely to win given the extensive intellectual property protecting Omeros’ rights to Omidria including 34 issued patents worldwide. We understand that Par may submit numerous Paragraph IV filings in an attempt to receive income from settlements; however, it appears that Omeros plans to file a patent infringement suit against Par within the 45 day deadline after receiving Par’s notice. We do not believe Par is likely to invalidate Omeros’ patents and view this more as a nuisance than a threat.” 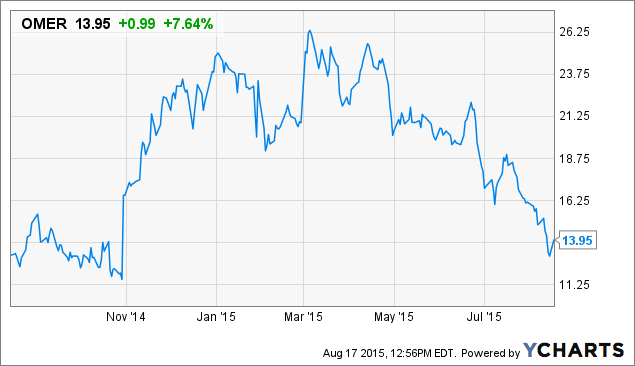