Wedbush Maintains Underperform on Netflix, Inc. Ahead of Q1:15 Results

Wedbush analyst Michael Pachter weighed in with a few insights on Netflix, Inc. (NASDAQ:NFLX), as the company is scheduled to report its first-quarter earnings results after the market close on Wednesday, April 15. The analyst reiterated an Underperform rating on the stock, with a price target of $245, which reflects a potential downside of 43% from last closing price.

Furthermore, “We expect conservative Q2 guidance that Netflix will once again exceed due to season 3 of Orange Is the New Black and cost control. We expect domestic streaming net adds slightly below last year’s 0.57 million subs, due to last year’s price increase. We expect EPS guidance near consensus of $0.93, with spending weighted to 2H.” 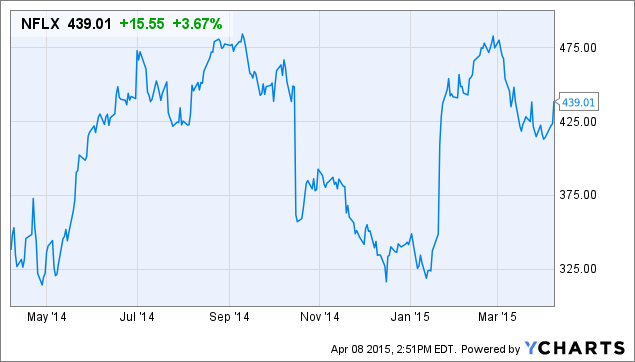