In a research report released Thursday, Wedbush analyst Michael Pachter maintained an Outperform rating on Zynga Inc (NASDAQ:ZNGA) with a $6 price target, following the news that CEO Don Mattrick has resigned from his roles at the company effective April 8, and that he will be replaced by Mark Pincus, the founder, former CEO, and current Chairman of the Board of Directors.

Pachter noted, “Mr. Pincus is known to be a hands-on and detailedoriented manager, which has contributed to his success as an entrepreneur, and we believe that he saw himself as the best possible leader for Zynga at this point in time, rather than Mr. Mattrick. Mr. Pincus has a spotty record with investors, given Zynga’s struggles in the latter portion of his previous stint as CEO; we believe the lack of investor confidence resulted in Zynga shares trading down significantly in after-market trading.” 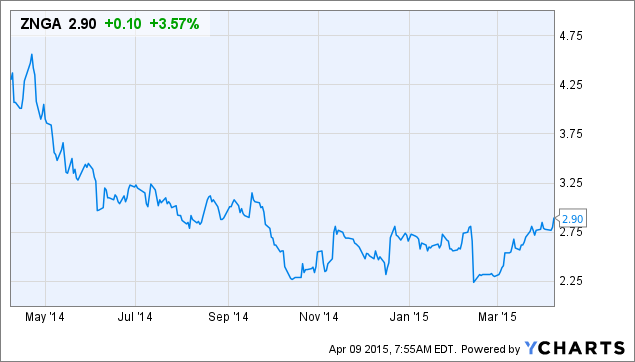