In a research report released today, Wedbush analyst Liana Moussatos maintained an Outperform rating on shares of Intercept Pharmaceuticals Inc (NASDAQ:ICPT), with a fair value estimate of $493, following the news that the FDA has accepted the company’s NDA, granted priority review, and set a PDUFA action date of Feb 29, 2016 for OCA for the treatment of primary biliary cirrhosis.

“We believe that first pass approval is likely based on Intercept’s data coupled with independent data from the Global PBC Study Group and UK-PBC Group confirming that lowering ALP and/or bilirubin correlate with improving transplant-free survival,” the analyst added.

Out of the 17 analysts polled by TipRanks, 12 rate Intercept Pharmaceuticals stock a Buy, 4 rate the stock a Hold and 1 recommends to Sell. With a return potential of 105%, the stock’s consensus target price stands at $393.06. 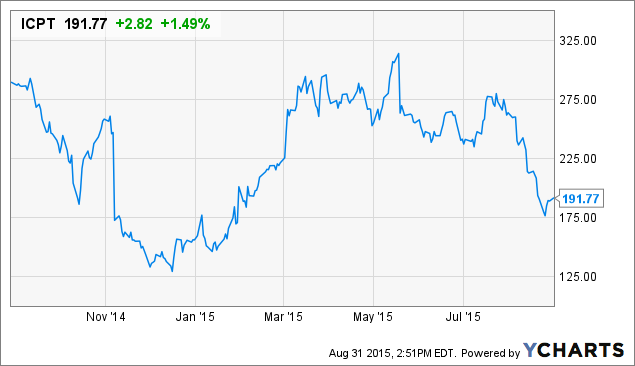