In a research note published yesterday, Wedbush analyst Tao Levy maintained an Outperform rating on Intuitive Surgical (NASDAQ:ISRG) with a $500 price target, following ISRG’s announcement that it was stopping shipments of its robotic stapler and advised its customers to suspend the use of the device.

Levy wrote, “The surgeons in all 3 of these cases were able to complete the procedure in a minimally invasive manner by using a backup stapler. The robotic stapler is an important long-term driver for da Vinci procedure growth as it helps facilitate some of the more complex surgeries, such as colorectal surgery, although we do not believe this news will materially impact the overall number of da Vinci procedures performed or systems sold; as a result, we have not made changes to our ISRG estimates.” Levy added, “We believe this is a problem that the company should be able to fix either through manufacturing and/or software changes.”

The analyst continied, “Thus far, no decisions around this have been decided. We estimate that each da Vinci stapler generates over $1,000 in instrument revenue per procedure, which is a premium to conventional staplers, and one reason some surgeons do not use the device. We would also note that ISRG had launched the stapler in a very measured manner, thus its use was still somewhat limited (although rapidly growing given the surgeons’ positive experiences with the device).” 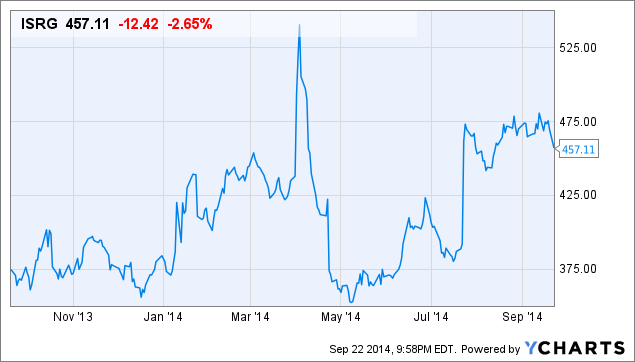