Patil Comments: “While speech recognition capabilities were not prominently highlighted as they were with the Fire TV, our conversations with the Amazon’s customer support indicate that the new phone has voice assistant capabilities for which we believe Nuance is the provider. Users can access the assistant by pressing and holding the Firefly button. Apparently, the voice assistant handles dictation (for email, text messaging) and voice search. We also believe Amazon is working on adding more functionality to the voice assistant over time. Similar to other recent deals, we believe Nuance’s revenue will depend largely on the success of the phone, as per-unit royalties likely comprise a key component of the economics. Regardless of revenue potential, however, we believe this deal further validates the company’s technology and should provide a sentiment boost”.

According to TipRanks, which measures analysts and bloggers success rate based on how their calls perform, analyst Shyam Patil currently has a one-year average return of 4.6% and a 50% success rate. He is ranked #1602 out of 3118 analysts. 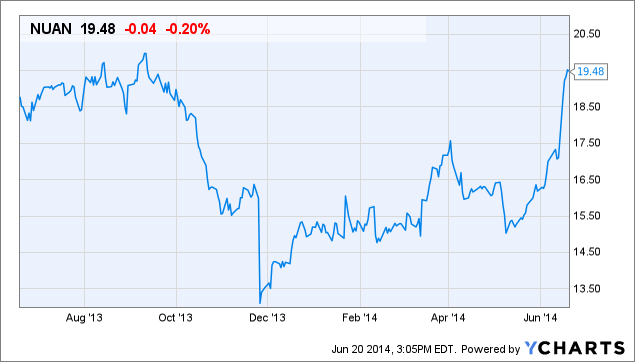 Wedbush: 3 ‘Stand Out’ Tech Stocks to Consider at These Levels

Should Investors Up the Ante on These 3 “Strong Buy” Stocks?