In a research report released August 14, Wedbush analyst Seth Basham reiterated a Neutral rating on Lowe’s Companies (LOW) with a $44 price target, which suggests a 13% downside to shares. The report comes ahead of the company’s second-quarter results, which will be reported next Wednesday morning.

Basham wrote, “We forecast 2Q comps of 4.0% and EPS of $1.03, about inline with consensus. Assuming an in-line quarter, the key for the stock will be any changes to guidance, trends within core big ticket merchandising categories and regional performance. We continue to see risk to 2H comp expectations as the knock-on effects of a housing slowdown lead to slowing home improvement demand growth.”

Furthermore, the analyst noted, “The company noted that it expected comps in 2Q, 3Q and 4Q to be in a narrow range, with 2Q its highest comping quarter, suggesting 2Q above 5%. We do not think 5% for 2Q is out of the question based on strong Census Bureau category sales and considering commodity inflation that could add 30+ bps to 2Q comps due primarily to lumber’s 11% y/y increase in 2Q; that said, we believe 4.0%-4.5% is more likely. More importantly, rather than continued strength for 2H expected by the company, we see a slowdown to the 3.0% range and full year comps that same range due to the knock-on effects of the housing slowdown and despite easier comparisons and better than expected commodity inflation.” 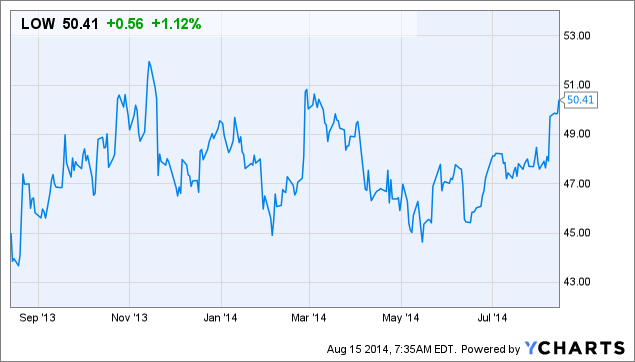