Hees observed, “Cypress Semiconductor (CY) reported in-line Q3 results in-line with expectations with a guide down for Q4 that came as no surprise and better than feared. Management noted the Q4 guide was lower due to slowing in distribution and weakness in mobile handsets. CY’s overall Q4 Book-to-Bill (B:B) ratio was below unity at 0.85, but still slightly better than seasonal. While CY believes that the slowing in demand is largely due to seasonality, management noted that the trend going into mid November would be a better indicator as to whether or not it was more than just seasonal weakness that it was seeing.” 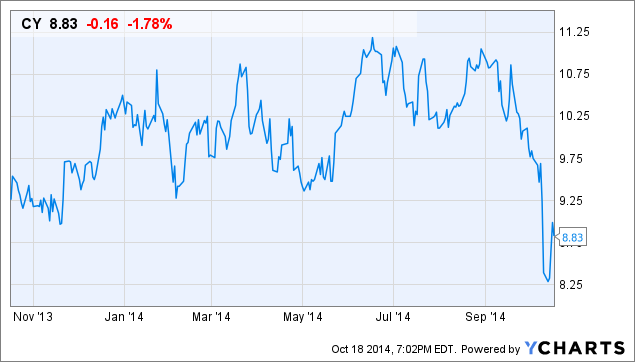