Wedbush Maintains Neutral On The Buckle, Increases PT To $48

In a research note issued today, Wedbush analyst Morry Brown maintained a Neutral rating on The Buckle (NYSE:BKE) but increased his price target to $48 (from $45), following the company’s release of its September Sales.

Brown wrote, “BKE reported a 2.2% comp for September, in line with consensus forecasts for 2.4%. Transaction metrics were positive, with UPT up 2% and ATV up 5%. Categories remain mixed as the women’s business (59% of sales in September) continues to negatively offset the stronger sales in the men’s business.” Brown continued, “Our Neutral rating is based on a recent acceleration in SSS within men’s, offset by the underperformance in women’s due to the down-trending denim category. The women’s business has underperformed men’s by an average of 850-900 bps over the last six months and has been negative for eleven consecutive months. We continue to believe the softness in the women’s denim category is driven by macro fashion related to active wear and soft bottoms, and believe this ongoing fashion preference is likely to last through year-end.”

According to TipRanks.com, which measures analysts’ and bloggers’ success rate based on how their calls perform, analyst Morry Brown has a total average return of -6% and a 44.4% success rate. Brown is ranked #2846 out of 3335 analysts. 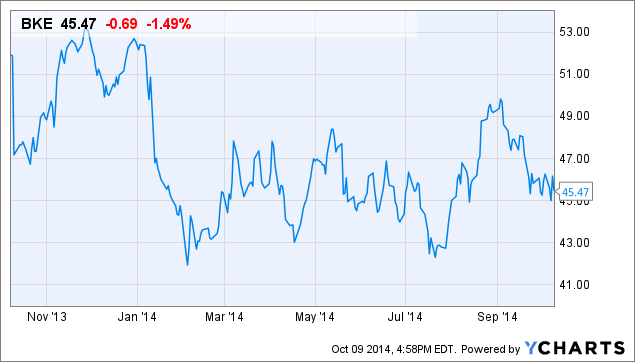