Wedbush analyst Rommel Dionisio today issued a note in which he maintained an Outperform rating on Polaris (PII) with a $173 price target, following today’s news that the company unveiled major new products for model year 2015.

Dionisio noted, “Extensive lineup of new 2015 models, particularly for the Motorcycle segment, should drive strong sales trends and account for over half of sales in 2H:14 and early 2015”. He continued, “Given Polaris’s strong track record of top- and bottom-line growth, and potential upside from upcoming new product launches, we believe shares of PII should trade at a ~15% premium to the peer group average. This translates to a 2015E PEG ratio of 1.5x, which generates our price target of $173”. 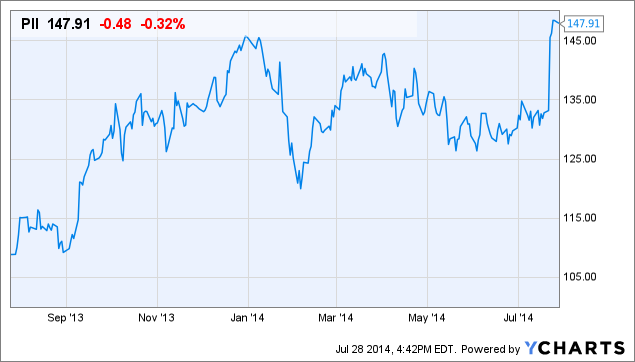