Khurshid commented: “Poorly diligenced GenomeWeb article and undercover performance test unfairly discredits ILMN & SQNM NIPT quality standards, in our view. A “Letter to the Editor” in Ultrasound in Obstetrics & Gynecology was published this week and profiled in GenomeWeb, which calls into question the quality standards of ILMN, LabCorp (who licenses ILMN/Verinata’s technology) and SQNM’s non-invasive pre-natal tests (NIPTs). The letter describes a covert performance study to compare the performance of the five available NIPTs available in the US.”

The analyst continued, “The conclusion from these results (which we believe is wrong due to study design) is that the quality standards of these three tests that returned results are lacking and in women with lower fetal fraction (often seen in obese women) the results are inaccurate.”

Furthermore, “We believe SQNM will publish a detailed breakdown of their fetal DNA fraction methodology in the next few months and the company is filing IP around it as well. While we don’t believe ILMN/Verinata’s NIPT calculates fetal DNA fraction specifically, the test mostly accounts for the variance through their clinical cutoffs, which has been proven in multiple validation and post marketing studies. Additionally, we would highlight that this letter had been circulating through the field a few weeks before it was finally published and the study was funded by one of the competitors (Ariosa).” 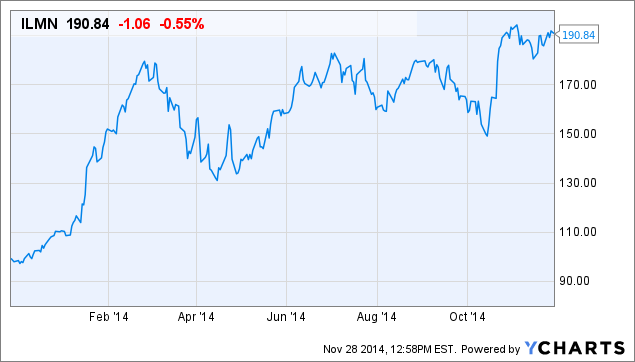