In a research report issued today, Wedbush analyst Tao Levy reiterated an Outperform rating on Cardica (NASDAQ:CRDC) with a $1.75 price target, which represents a potential upside of 197% from where the stock is currently trading.

Levy noted, “Broadfin Capital, “gratified” that Cardica is dropping the proxy contest, is thus allowing the election of Broadfin’s three nominees, Gregory D. Casciaro, R. Michael Kleine, and Samuel E. Navarro, to the Board at the upcoming December 11, 2014 annual shareholder meeting. With the proxy battle over, Cardica’s management team can now focus on making the necessary improvements to the MicroCutter XCHANGE 30 as expeditiously as possible in order to return the product back to the market.” He added, “We expect to gain greater clarity regarding how long it will take to fix the XCHANGE 30, including all the necessary testing, in the upcoming weeks.”

Furthermore the analyst said, “In the interim, the company has a sales force of approximately 8 reps, which we believe will play an important role in maintaining some of the key surgeon/hospital relationships that Cardica has developed since the US launch of the XCHANGE 30, including the Value Analysis Committees (VACs) that have approved the device for hospital evaluation.”

According to TipRanks.com, which measures analysts’ and bloggers’ success rate based on how their calls perform, analyst Tao Levy has a total average return of 27.2% and a 77.4% success rate. Levy has a -24.8% average return when recommending CRDC, and is ranked #126 out of 3377 analysts. 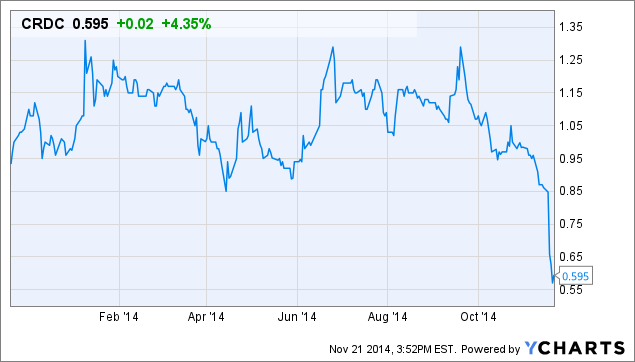 Cardica: Broadfin’s 3 Nominees To Gain Board Seats, But Some Questions Remain, Says Wedbush