In a research report published yesterday, Wedbush analyst Tao Levy maintained an Outperform rating on Intuitive Surgical (ISRG) with $500 price target, which represents a potential upside of 30% from where the stock is currently trading.

Levy wrote, “While still early in the launch, momentum for new da Vinci Xi system installs appears to be steadily gaining some traction, which would be in line with our checks that suggest there is significant interest in the technology, but it has come down to finding the budget to pay for the system. Over the last several weeks we have increasingly run across hospitals announcing that they are the “first in the state” to offer the da Vinci Xi (e.g., Oregon, New York, Arizona, Kentucky”. Levy continued, “We view both developments from St. Peter’s Hospital as a positive: 1) a hospital is spending $2.6 million on new da Vinci systems; 2) the Xi is helping with the upgrade cycle”. 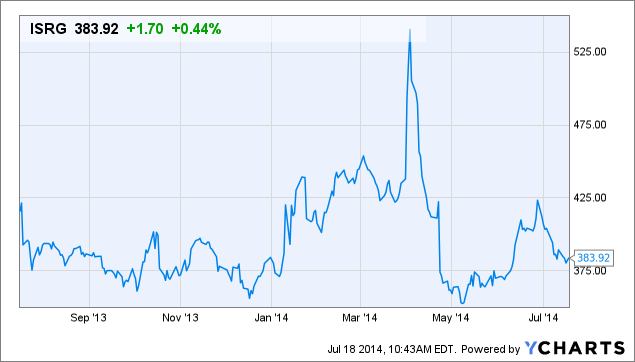