Wedbush Assigns Outperform On NPS Ahead Of FDA Documents Release

In a report published yesterday, Wedbush analyst David Nierengarten assigned an Outperform rating on NPS Pharmaceuticals Inc. (NASDAQ:NPSP) ahead of the release of the FDA Advisory Committee Panel briefing documents. No price target was mentioned.

Nierengarten noted: “We expect to see volatility in NPS shares as investors digest the FDA Advisory Committee Panel briefing documents that are to be released before market open on Wednesday September 10.” And concluded: “We do expect the committee to recommend approval, and we expect approval on the PDUFA date of October 24, with the pricing announcement shortly thereafter.” 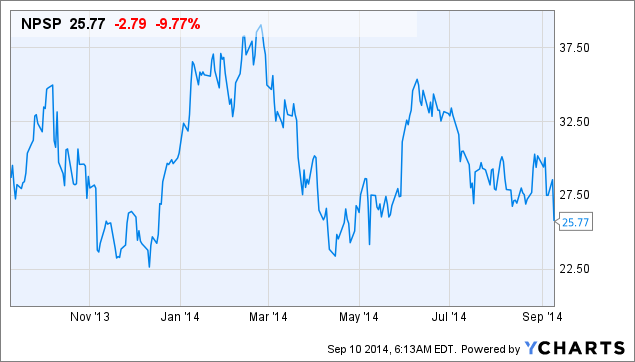