In a research report issued today, Canaccord Genuity analyst Richard Davis reiterated a Buy rating on Veeva Systems Inc (NYSE:VEEV) with a price target of $36, which represents a potential upside of 30% above Friday’s closing price. The report comes after the company reported fiscal first-quarter results, posting revenue and non-GAAP EPS of $89.9 million and $0.12, which were respectively $1.9 million and $0.02 ahead of Davis’ estimates.

Davis noted, “While it may be a shock to some observers, we have long expected, and implicitly modeled, that Veeva’s CRM growth will decelerate as the firm “runs the table” in this space. Meanwhile, the firm’s Vault, Network, Data, and CRM add-on product extensions are growing at least as fast as we have forecast, if not better. If you assume the firm’s new product pipeline will remain robust and productive, Veeva should be able to grow at a low-20%+ pace to about $1 billion in revenues by 2020, and with modest margin improvement, you get a mid-teens IRR from last night’s close.”

“That is reasonably good, but not at the top of the range, so we like VEEV shares here, but become especially interested on any weakness. If noise around the timing of billings and cash flow gives us a chance to buy VEEV shares materially lower tomorrow, we would not hesitate.”, the analyst added. 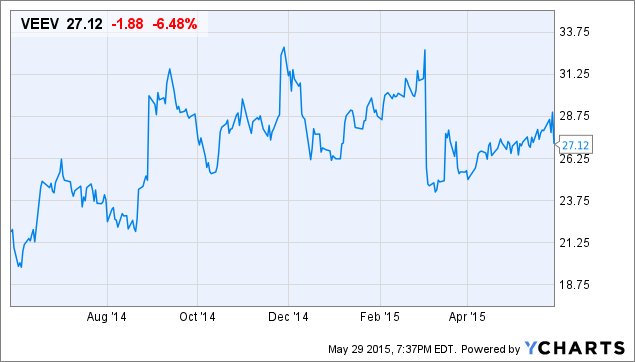